Over the next few weeks we'll present an series of in-depth articles relating to the environment. This is the first and is based on a statement marine physicist Dr Peter Ridd made earlier this month.

"The amount of coral, while fluctuating dramatically from year to year, is about the same today as when records began in the 1980s."

But is it? An AAP FactCheck investigation followed. Here's how it panned out. First the analysis, then the verdict.

A marine scientist has claimed that coral cover on the Great Barrier Reef - considered a key indicator of the reef's health status - has barely changed since records began in the 1980s.

In a column in The Australian newspaper on December 6, Dr Peter Ridd claimed reports that showed the reef was "on its last legs" were wrong.

In the article, Dr Ridd criticised the findings of a recent report by the International Union for the Conservation of Nature (IUCN) on the Great Barrier Reef, which downgraded the conservation outlook of the reef from "significant concern" to "critical", the most serious in its four-tier rating system.

He said the report was "just a rehash of old, mostly wrong or misleading information produced by generally untrustworthy scientific institutions with an activist agenda and no commitment to quality assurance".

Dr Ridd said it was normal for large areas of the reef to die and "the reef is fine".

"The coral always recovers vigorously after major mortality events," he said. "Coral remains abundant on all 3000 reefs. The amount of coral, while fluctuating dramatically from year to year, is about the same today as when records began in the 1980s."

AAP FactCheck examined Dr Ridd's statement that the current amount of coral cover on the Great Barrier Reef is similar to that found in the 1980s.

Dr Ridd was a professor of marine physics at James Cook University before being dismissed in 2018 for breaching the university's code of conduct after criticising colleagues' research in a high-profile case which is still being fought in the courts.

He has contributed to dozens of papers on marine science over the past 28 years, and has been critical about the quality of scientific research relating to the Great Barrier Reef (see examples here, here and here).

This year he released a book, Reef Heresy? Science Research and the Great Barrier Reef. In an interview with Sky News, he said the book "demonstrates how the reef is not threatened by agriculture and various other things".

But is he right about the amount of coral cover on the reef? 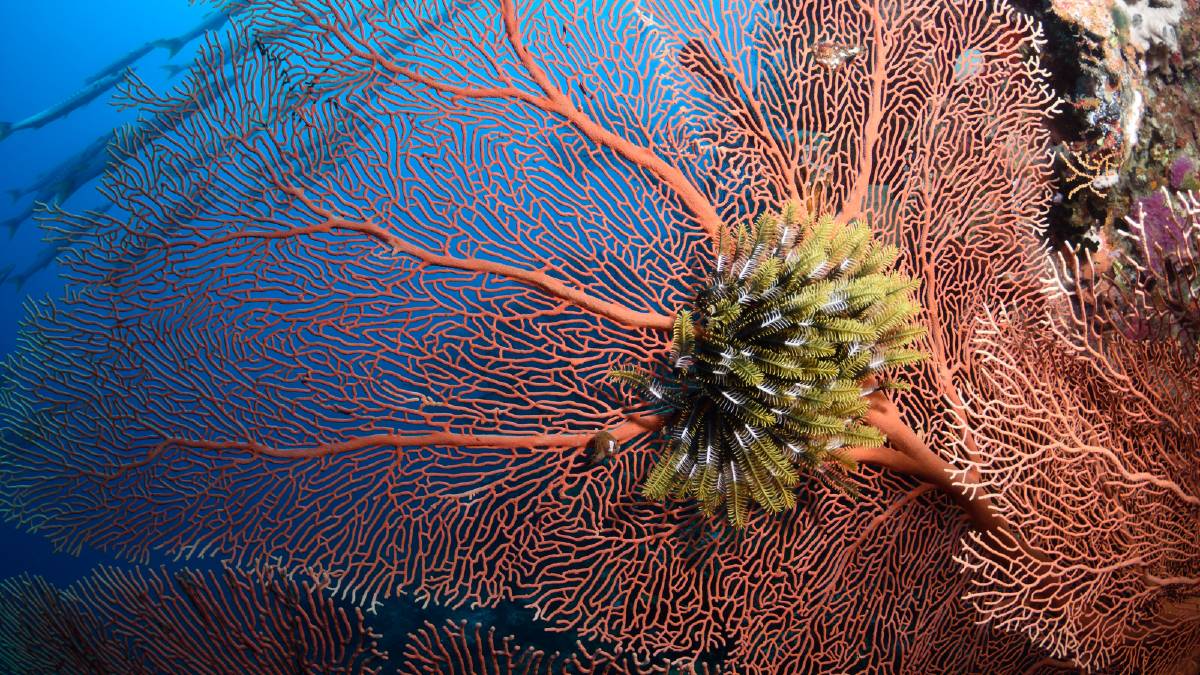 When contacted by AAP FactCheck, Dr Ridd said his claim was based on the Australian Institute of Marine Science's (AIMS) annual survey of the Great Barrier Reef, which has been conducted every year since 1985.

AIMS, a Commonwealth statutory authority, claims the survey is the most comprehensive available record on the reef's condition.

Its most recent monitoring report, from a survey conducted between September 2019 and June 2020, showed hard coral cover had fluctuated markedly since records began in 1985, but overall it had declined.

Hard coral cover was "a simple and robust measure of reef health" as it was a "critical ecosystem engineer" in coral reef systems, the report said.

Monitoring is divided into northern, central and southern regions of the reef - and all had lower cover in 2020 than in 1985, although there were significant fluctuations (see figures 3, 4 and 5 on pages 5, 6 and 7).

Overall, the report said a range of impacts on the reef would lead to less coral cover in the future as climate change was predicted to negatively affect the growth and recovery of the reef. Its likely impacts included more frequent storms and bleaching events (page 9).

"The prognosis of more frequent disturbances, each causing greater damage to reefs, combined with slower rates of recovery will inevitably lead to less living coral on the reefs of the GBR (Great Barrier Reef)," the report said.

The authors noted that, due to the timing of the survey, it also did not capture the full impact of a severe 2020 mass bleaching event, when 25 per cent of reefs were reportedly severely bleached due to warm oceans.

However, Dr Ridd provided figures which combined the three regions in the annual surveys to show the coral cover on the reef as a whole.

These figures also showed large fluctuations - including significant growth between 2012 and 2016 - but also showed an overall decline in reef coverage. AAP FactCheck cross-referenced the figures with those from AIMS and found they were accurate.

Comparing the figures from the first year of the survey, 1986, with the results from this year showed coral cover had declined from 25.9 per cent to 17.7 per cent.

However, due to the significant annual variations in the figures, comparing two dates may be misleading. For example, average coral cover on the reef climbed to 24.1 per cent in 2016 - the highest reading since 1986 - before declining again.

Dr Ridd said looking at decade-long averages of the figures was more accurate and this would show "we are about average at the moment".

Applying a linear trend line to the figures to iron out annual fluctuations showed an overall decline in coral cover since the survey began (see chart).

Average coral cover over the latest decade was also lower than during 2001-10, when it averaged 17.9 per cent, while the average for the entire 35-year reporting period was 19.2 per cent.

Dr Ridd said the decline in averages was likely not statistically significant, but that "there may be a loss of coral on the GBR but not halving" as an earlier study suggested.

He said comparing the past decade with the 1980s was also difficult due to the enormous loss of coral following Cyclone Hamish in 2009, which tracked along the reef.

"Coral cover fluctuates massively," Dr Ridd said. "If one was statistically ignorant, one could force almost any result one wants from the data. For example you could say the coral cover on the reef has increased by 50 per cent since 2011/12."

However, it could be argued that Dr Ridd made similar comparisons in his column when he argued that there had been essentially no change in reef cover since the 1980s.

An AIMS spokesperson said because the survey involved a large number of reefs across the length of the barrier a detected change in cover of 10 percentage points or more was significant.

"A difference of 10 per cent between the current coral cover and the baseline values of the 1980s means that a large proportion of reefs are required to follow this trend in order to influence the average coral cover values of GBR or each region," the spokesperson said.

AIMS Great Barrier Reef research programme director Britta Schaffelke said data summarising the coral of the whole reef could be misleading as it masked the impact of bleaching, storms and other pressures in the different sections of the reef.

She said, when looking at the wide range of research, it was clear that the reef was under pressure and its health had declined over time.

"Picking out 1985 and 2020 and saying there hasn't been a large change is misleading, because in between there has been lots of changes ... you need to look at the whole trajectory," Dr Schaffelke said during a phone interview.

"If you look at the detailed data, it does tell a tale of decline and as disturbances are becoming more frequent and more severe; the reef is not recovering to the same extent as it used to."

Dr Schaffelke said a small change in coral cover over the decades was significant.

"If coral cover declines from 30 to 20 per cent, that's a huge difference," she said. "You can't think about it as 100 per cent is the maximum and a 10 per cent difference is within the margin of error. Considering that most of the surveyed coral reefs currently have less than 30 per cent cover, if you lose 10 per cent that is losing more than a third."

Dr Schaffelke said the coral survey methodology was robust, but the best way to determine the health of the reef was not to look at surveys in isolation but in combination with the body of research on the reef.

"There are thousands of journal publications over the last 10 years on aspects of the condition of the Great Barrier Reef. That whole body of research, together with the long-term monitoring, really tells the story that the reef is under pressure, and I think denying that is dangerous."

Last year, the government's Great Barrier Reef Marine Park Authority released its outlook report for the reef which provided a summary of evidence on the health of the reef from the last five years.

A press release accompanying the report said the long-term outlook for the reef's ecosystem had been downgraded from "poor" in 2014 to "very poor" in 2019.

"While the outstanding universal value of the World Heritage Area remains whole and intact, its integrity is challenged and deteriorating," it said.

AAP FactCheck found the statement that the amount of coral on the Great Barrier Reef is about the same now as in the 1980s to be mostly false.

Annual surveys of the reef show significant fluctuations in coral cover, as stated, and for this reason it may be difficult to assess the reef's future health based on the readings alone.

However, average coral readings for the past decade have been well below both long-term averages and those from the 1980s. Experts and official reports summarising the condition of the reef have also said its health had deteriorated and continued to decline.

Mostly False - The claim is mostly false with one minor element of truth.