On New Years Eve in 1948, Peter Ansel saw Maureen for the first time across the ballroom in Cape Hall.

Now 73 years later, the couple have celebrated their 71st wedding anniversary and still wake up to each other every day in their shared room at Capecare in Dunsborough.

Their love story wouldn't have happened if Peter had never boarded a fateful boat trip from England to Australia in 1938. He was 10 years old.

Thinking he was heading to Wales in the UK, Peter didn't expect the trip so be such a long one.

"They said we were going to New South Wales. I thought that was just around the corner," he said.

Travelling with his 12-year-old brother and a supervisor, Peter says those two months at sea were a wonderful experience, and it got him to the place where he would one day meet his future wife.

While Peter was originally born in Banbury in England, Maureen was born in Bunbury; opposite ends of the world and one vowel away. 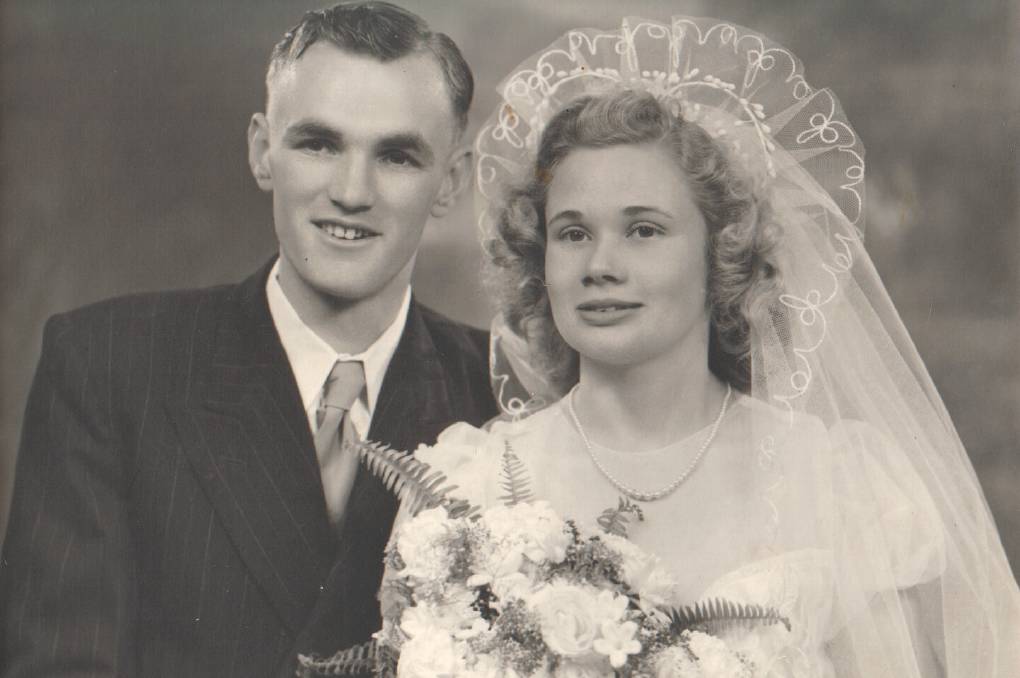 Committed to their vows: Peter and Maureen Ansel get married on December 30, 1950. Photos: Supplied.

Peter didn't know why his boat landed in Fremantle instead of New South Wales, but he said he was lucky it did.

The New Years Eve ball in 1948 was Maureen's first night out as a debutante. Peter had been working and travelling around the South West when he heard about the event in Busselton.

"There were four of us travelling around together. We'd been to Busselton and heard of this ball in Capel, so we said we'd go back there," he said.

"There were none of these fancy roads we've got today. It was all just gravel. It was me on my motorbike, the others in an old van that one of the guys used for his lawnmowing business."

That night, Peter and Maureen spent hours talking in the front of the old van.

For two years, they kept in contact by letter, as Maureen lived in Tutunup while Peter worked with some others, doing surveying jobs around the South West.

"Some of the work we were doing was out at Tutunup, so I got to meet some of her family that way," he said.

"On a highway up through Harvey, there was a potato shed and we used to lived in there, quite comfortably in tents."

Peter and his work friends lived in the shed while he kept in contact with Maureen as she worked as a classroom monitor at Busselton High School. 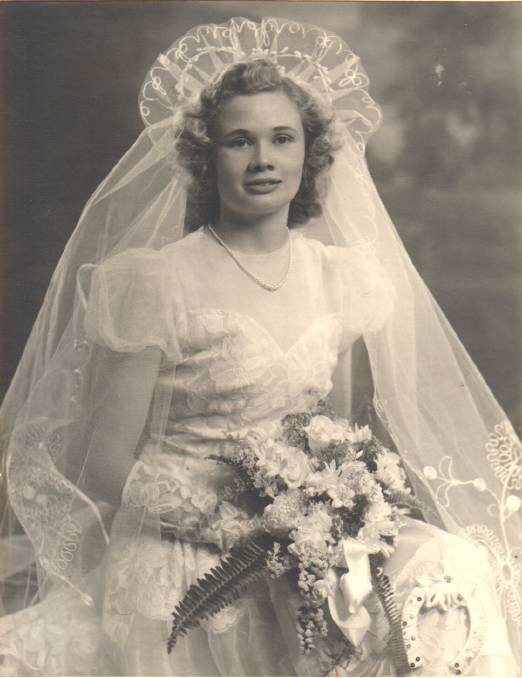 +6
Pictures: Supplied by the Ansel family

"We maintained that friendship for two years, and then we got married in Bunbury," Peter said.

They were married on December 30, 1950, when Maureen was 18 and Peter was 22. They moved into a house in Margaret River, where they had their first eight children.

In those early years, Peter worked at the Margaret River Cheese Factory, as the tester and grader of milk and cream.

Meanwhile, Maureen took on the role of super mum, caring for eight kids, cooking fabulous meals and tending to her famous veggie garden.

"She had four children in five years," Susan, Maureen's daughter said. "And four more by 12 years."

Maureen's children say she was not just a brilliant mum, but a talented musician, who played both the organ and piano. She made sure every child learnt some form of music.

Susan said her mum would listen from the kitchen as she played the piano, and call out to her when she was doing it wrong and had to try again.

After 18 years in Margaret River, the family packed up and moved to Busselton, where their last child was born.

Both Maureen and Peter are part of the Seventh Day Adventist Church, and their love of God has been an integral part of their marriage.

The pair spent a lot of time serving their communities. Peter volunteered for 30 years, driving ambulances for St John in Margaret River and Busselton.

Maureen devoted much of her time to teaching children in Sabbath school, in Busselton, Margaret River and Capel.

When their second daughter and her husband moved to Cambodia to do mission work, Peter and Maureen went over to help, building a school and an orphanage which housed 180 children at its peak.

The school continues to be run by volunteers, alongside a butterfly paradise where children can work once they are older.

Starting with his childhood trip across the world, Peter had the travel bug, and it was something he made sure to pass onto his family.

When their eldest daughter, Susan, was 10 years old, Peter and Maureen took her and the three next eldest kids on a trip across Australia, taking the train to Sydney.

"It said to me where Dad's heart was that he wanted us to see more than just the South West. Mum and Dad have visited a lot of places throughout the world," Susan said.

When they retired, Peter and Maureen also spent a year travelling around Australia in a caravan, and have been to Fiji and Thailand among other places.

When Peter's relatives in England got in contact with Peter for the first time in 1988, the couple also went over to catch up with family before travelling through Europe.

Peter and Maureen have also travelled a lot within their home country of Australia. Many of their children moved over East, and every time there was a wedding or a grandchild was born, they would come to visit.

The pair currently reside in Capecare Dunsborough, and are fortunate enough to live together in a joint room in the facility.

While many children and their families now live over East, Peter and Maureen catch up with two of their children every Sunday.

Peter and Maureen say while their marriage has lasted into the better half of a century, it hasn't always been smooth sailing.

"There's been many ups and downs and disagreements," Peter said.

"It's been a struggle sometimes, but we've always relied on God to look after us," Peter said.

"We just ask him each night and each morning to look after our day for us. He's never let us down. When things are going bad, you look back to what God has done for you in the past, and you say, it's going to be alright."

Their children, Susan, Norm and David, said they admired their parents for being patient, positive, and always listening to each other.

"They've always been loyal to one another and very committed to family," Susan said.

"I never heard one of your supposed arguments," their son, Norm said.

When asked what advice they would give to other couples to keep their relationships strong, Peter and Maureen said it was important to smile even when things go badly. "Forgive each other, live together and stay together," Peter said.