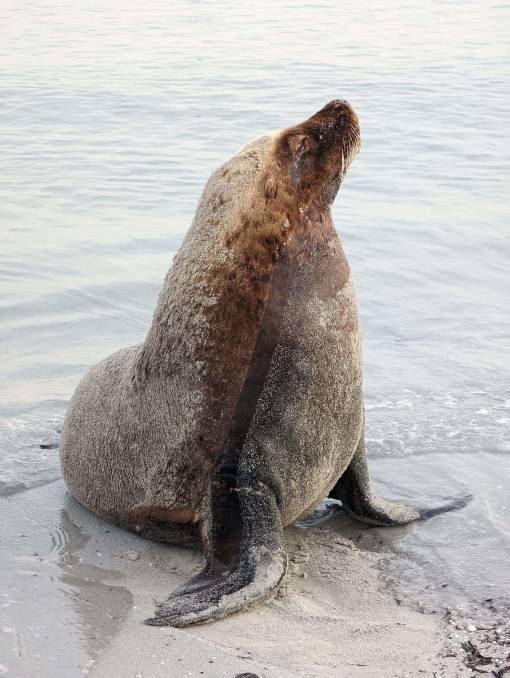 Wildlife: Tony Best snapped a visitor at Port Geo Groyne during an early morning on March 18.

In reply to Vernon Bussell's letter contesting information on the Wonnerup Massacre of 1841 I would like to convey the following information.

Bill Webb's family does indeed have an oral history from his ancestral grandmother of George Layman's death at Wonnerup and the massacre that followed in 1841.

The Webb family tree family goes back two to three generations before colonial settlement here. His grandmothers were not yet born when the massacres took place, but the oral history of these incidents was passed on to them.

While I was doing research on an honours thesis, Bill Webb told me that his ancestral grandmother was 12 years old and would play with the Layman girls. He said that she was a witness to his death.

Two days after George Layman died, she was tied up so that she 'couldn't go off and warn' the Wardandi when the Bussells and Captain Molloy gathered at the Layman home. Bill then told me:

"She said she could hear the gunshots and the screams all day, right off into the distance. And they used carbine rifles. They click up and put the shell in and you put that down, you know, and bayonets and sabres. So she said when they went off, later in the afternoon they came back and the men and the horses were completely covered in blood. The horses were foamed up and nearly dead on their feet. They couldn't look each other in the eyes over what happened."

This oral history is known by many Hill and Webb family members. It tallies with the history gathered by Warren Bert Kimberly in the late 1890s concerning the massacre in his History of West Australia, published in 1897.

Kimberly stated that the 'evanescent memory of pioneers, and the statements of several surviving natives of that period' helped him to document 'one of the most bloodthirsty deeds ever committed by Englishmen'. Kimberly said that Wardandi men were 'killed by the dozens'.

Kimberly also stated that skeletons and skulls of Wardandi people could still be seen on the sand patch near Mininnup and that surviving Wardandi people 'held the place in such terror that they would not go near to give the corpses burial'.

In 1924 historian J.S. Battye noted that 'there is a sandpatch near Minninup where skulls and bones are still to be seen, and near which even present-day [Wardandi People] will not go'.

The law of the day stated that the perpetrator Gaywal be arrested and sent to Perth, not hunted down and killed.

Given Woberdung and Kenny's arrests, this should also have been possible with Gaywal. Governor Hutt disapproved of the summary killing of Gaywal and the deaths of Wardandi people during the hunt for him. He wrote a letter to John Molloy on 1st of April 1841 saying that punitive expeditions were not advisable, as they could result in 'innocent' deaths.

I am not sure why Vernon Bussell's cousin Alf Bussell did not raise these matters with him. I do know from my research that Wardandi descendants have a strong oral history of the massacre. I agree with Bernie Masters in saying that this aspect of the massacre needs to be told and we need to listen and respect this.

On Anzac Day I was at Craig Street beach when my dog bowled me over and broke my leg. A number of people came to my aid and I would like to thank them.

Julia kept me calm, gave me her jacket to warm me and a towel under my head. She also kept my young, excitable dog under control until help arrived.

My brother Jeff and wife Karen arrived. They arranged for an ambulance, took the dog home and organised a kennel for the dog to stay. They also took care of those tricky phone calls to family to give them the news without scaring them.

The ambulance officers, I think Wayne and Tahlia, forgive me if I have your names wrong, were gentle and efficient and several strangers helped carry me off the beach. The ED staff and Short Stay staff at Busselton Hospital were kind, caring and professional treating me with compassion while I was there. Special thank you to Dr Simon.

My friend Debra has provided transport and humour in the days since. I will be going to Bunbury for an operation on my leg hopefully next week. So many strangers turned to help and I would like to say thank you to all of you. In my life I've lived and travelled to many countries but Busselton is the only place I call home. Thank you. 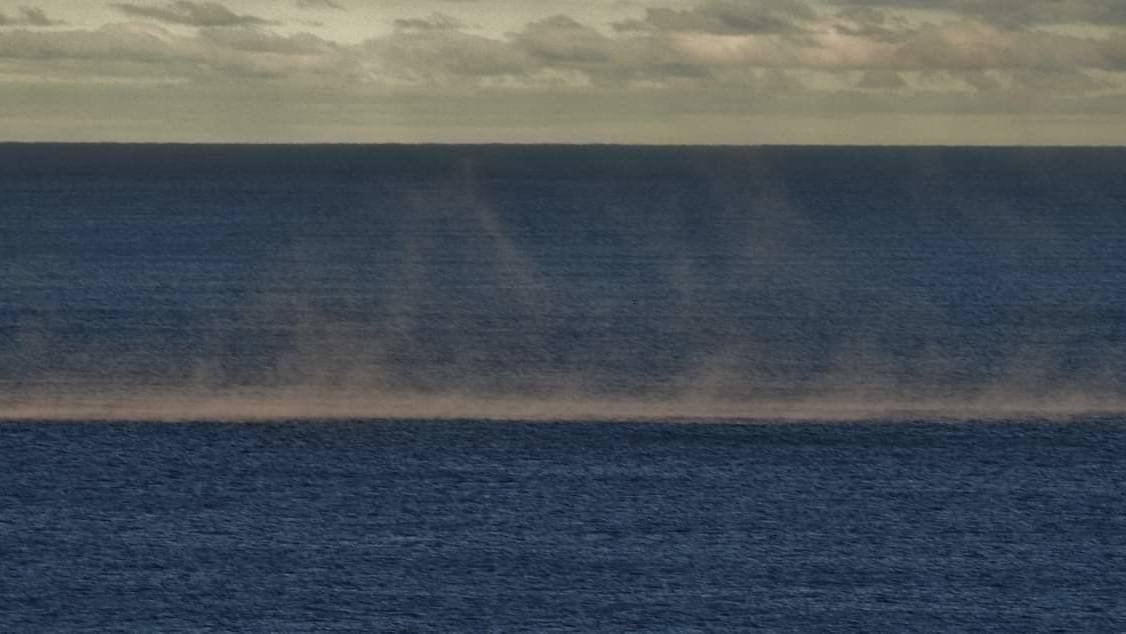 Smoke on the water?: Gary Tate snapped this shot of what looks like smoke or steam coming off the water early in the morning at Smiths Beach.

Throw a handful of sand into the sea. Say, "Hello, I am here. I acknowledge and respect that this is Wadandi Boodja, the land and waters of the saltwater people. My tread will be light while I visit. I am aware of the ancestors and spirits that surround us in nature. I gather memories and leave this place better than I find it on arrival. Thank you for your care for us as I will care for you. Thank you for welcoming me (and my family)."

Bathe in the natural golden light. Feel the texture written in your thoughts, and draw on the experience of natural encounters. Your visit should be as falling in love. Let the breeze breathe through you scented with rain-washed peppermint, lemon, and coastal rosemary.

Move gently and quietly through this place. Boodja ni, listen to country. Still yourself. Steady on ancient land. Allow the experience to come to you. It's a wild thing apt to retreat. Abandon kerfuffle, you may enjoy the calming quiet.

Breathe the sea to wonder why you might never have breathed before. Find yourself. This place is not just for you. Find yourself in it. Bring yourself back. Back to nature and back to life. Then take this energy renewed, your fresh stories, and a determination to respect and protect this beautiful place, back home to share. Until your next essential visit, looking forward to finding the place more beautiful than when you left it.