The State Government is investigating the introduction of coercive control laws in Western Australia which would criminalise forms of domestic abuse and also improving the criminal justice system for victims of sexual abuse.

The Commissioner of Victims of Crime is analysing laws against perpetrator behaviour where psychological and other forms of abuse are used against an intimate partner.

A spokesperson for the Attorney General John Quigley said the commissioner would progress a report to review the effectiveness of laws against coercive control.

"The Commissioner for Victims of Crime has also been working with the Director of Public Prosecutions on putting forward recommendations to the Attorney General in relation to sexual assault laws in WA and how to improve the experience of victims in the criminal justice system."

Coercive control has been criminalised in Scotland since April 2019 and its legislation is seen as the gold standard in how police investigate domestic abuse complaints.

Scottish police are trained to investigate the context of a relationship and do a proper investigation into the primary aggressor which considers the whole picture rather than just respond to a domestic violence report and who hit who at a moment in time.

Police investigate whether the perpetrator has the victim under surveillance, is limiting their access to family and friends, controlling their finances, using degrading or humiliating behaviour or sexual or spiritual coercion.

Why these laws matter in Australia is because one in four women have experienced physical or sexual violence by a current or former intimate partner since the age of 15 (Australian Institute of Health and Welfare).

The NSW Domestic Violence Review Team also found that male partners used coercive control in each case of intimate partner homicide, whereby one woman is murdered each week in Australia.

Tasmania was the first state to introduce aspects of coercive control laws which are split up over stalking, harassment and other pieces of legislation rather than a single law. 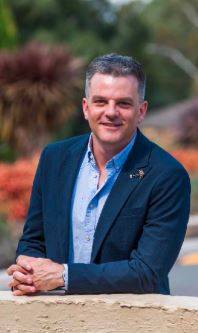 White Ribbon Australia executive director Brad Chilcott said the example in Scotland built on what Tasmania had done and clearly articulated a whole pattern of abuse in one piece of legislation rather than being split up over a number of different laws.

"NSW have completed a public inquiry, QLD have a taskforce underway and will report in October how they will address the laws," he said.

White Ribbon launched a Criminalise Coercive Control Campaign in October last year which recognised that coercive control was the foundation of domestic abuse towards women.

It defines how perpetrators use deliberate and emotional tactics such as manipulation, surveillance, intimidation, isolation from family and friends, humiliation and threats to dominate and control their partners.

The campaign has called on governments around Australia to criminalise coercive control.

Mr Chilcott said in Scotland the law recognised that men's violence against women was not about one incident of physical violence.

"This is really the point of coercive control laws here in Australia too," he said.

"It is used to reframe the idea of domestic abuse from being about a perpetrator who uses physical violence at a certain point in time to a pattern of abusive, controlling, degrading, humiliating behaviour that is a whole picture of domestic abuse.

"In the collective understanding of abuse, as we do public education and as these laws are communicated to the Australian community, people understand what they are experiencing is not right or healthy and indeed it is illegal that they start to report that earlier.

What has happened since the coercive control debate is that many people are saying is that they did not know what they were experiencing was domestic violence.

"What happens now and what has happened since the coercive control debate is that many people are saying is that they did not know what they were experiencing was domestic violence.

"In Scotland they say all the time, for the first time women can see their actual experience reflected in the law and that is what we are hoping to achieve with this as well."

Concerns have been raised by Aboriginal groups around coercive control laws in Australia because of the over representation of First Nations people in the criminal justice system.

Mr Chilcott said there were fears that unintended consequences of adding a new crime in regards to intimate partner relations would be another opportunity to further criminalise First Nations people.

"One of the challenges they already face is the misidentification of women as the primary aggressor - and the fear is that this may lead to new opportunities to arrest First Nations women - which doesn't create healthier families or communities.

"Secondarily to that is, and this goes beyond First Nations women, often they do not want their partner jailed or taken away from the family, they just want the behaviour to stop.

"The concern is that the crime could further breakdown family and community, which is not always what women want in that situation."

Mr Chilcott said the legislation in Scotland had done the opposite of concerns that were raised in Australia.

"It is hugely different, but it is important to note that Scotland does not have a First Nations community in the way that Australia does.

"Simply transplanting one law into another jurisdiction is not as simple as that."

Prevention of Family and Domestic Violence Minister Simone McGurk said in WA, they have worked hard to improve responses to family and domestic violence - across police, the legal system, community services and health.

"Last year, the McGowan Government introduced changes to the Restraining Orders Act and Evidence Act to allow evidence of coercive control to be admissible in applications for restraining orders, as well as criminal prosecutions, if family violence is relevant to a fact in issue," she said.

"Moving forward, significant examination of current research and analysis of measures in place both internationally and in other Australian jurisdictions are required to determine the next steps.

"There is no doubt about the experience of coercive control, but we must take the time to get this right, and ensure that our actions support and improve outcomes and access to justice for victims of domestic violence."

If you or someone you know needs help please contact: