APRIL 6: Signal 'can only be human device'

Busselton police have confirmed that the person who handed in the possible aircraft debris found in the Scott River near Augusta is a local.

The debris was transported to Perth last night by Busselton police who remain tight-lipped on the findings.

Police said the item was handed in at the Busselton police station between 2.30 and 3pm on Wednesday afternoon and was described as eight feet tall, half a metre wide and was an alloy type of metal with no descriptive markings.

THURSDAY MORNING: The debris found on a beach in Western Australia's South West is not connected to missing Malaysia Airlines flight MH370.

ATSB spokesman Martin Dolan told ABC radio he was "satisfied" it was not from the plane.

The item or items were found washed up on a beach near Augusta, south of Perth.

"We've carefully examined detailed photographs that were taken for us by the police and we're satisfied that it's not a lead in the search for MH370, he said.

"From our point of view, we're ruling it out, we'll get some further details just to be sure but at this stage we're not seeing anything in this that would lead us to believe that it comes from a Boeing aircraft."

WEDNESDAY NIGHT: Debris has washed up on the coast of Western Australia, raising hopes it may be from the missing flight MH370. 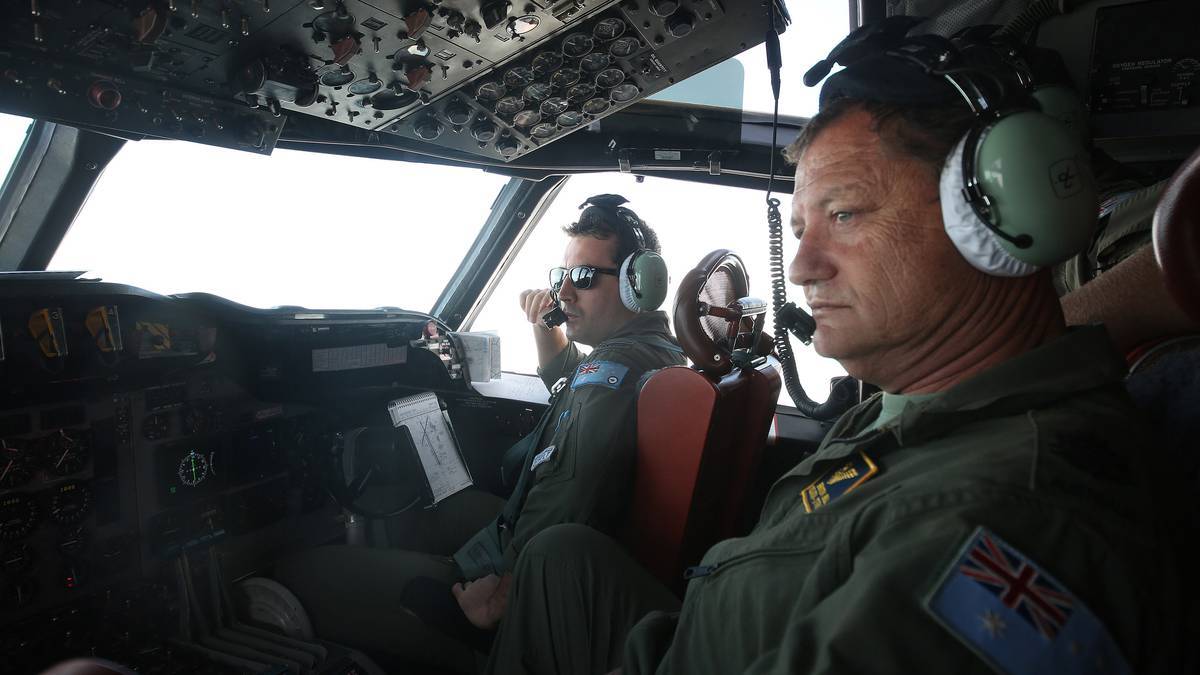 The air search has continued. 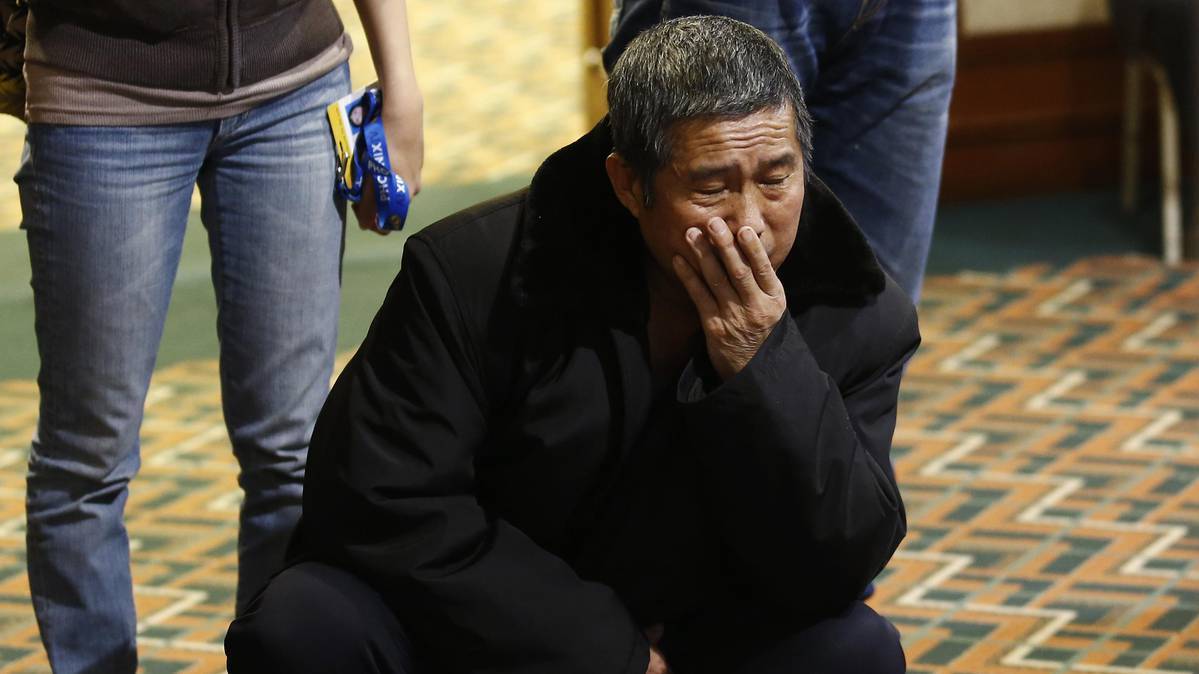 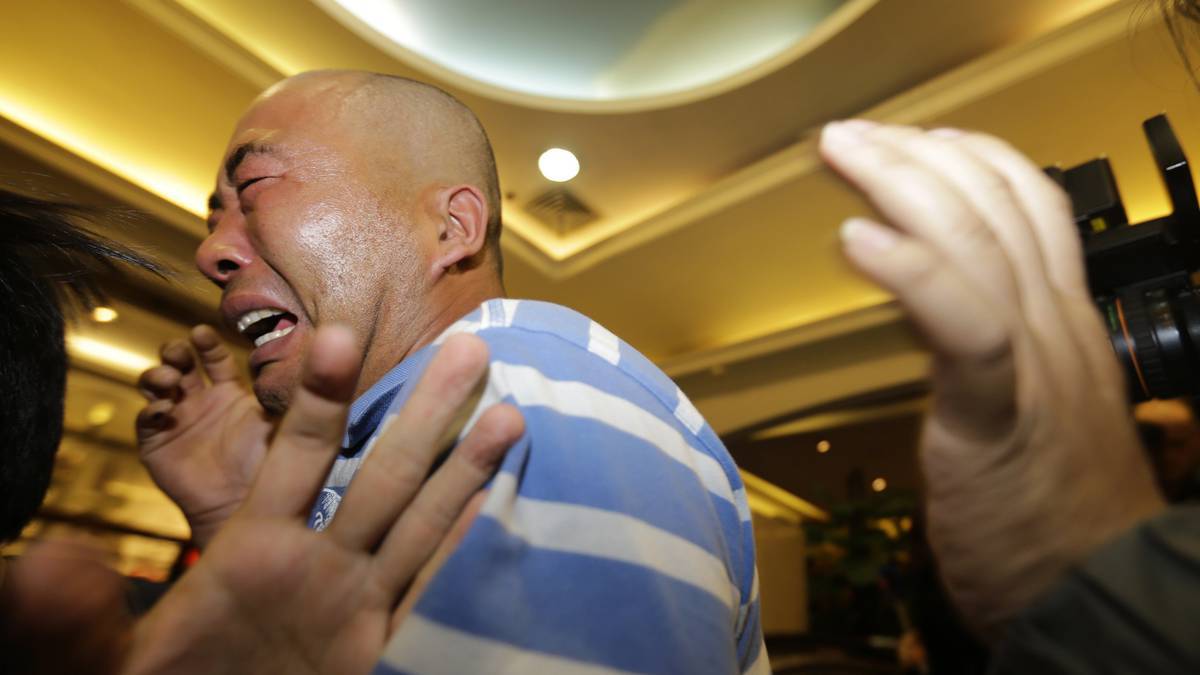 Relatives of passengers aboard Malaysia Airlines MH370 cry after watching a television broadcast of a news conference, in the Lido hotel in Beijing, March 24, 2014.

Busselton police confirmed to the Busselton-Dunsborough Mail that the debris was handed in at the station on Wednesday and the Australian Transport Safety Bureau are investigating.

The officer-in-charge at the Busselton police station said an object in their possession, which washed up on a beach at Scott River near Augusta, was eight feet tall, half a metre wide and was an alloy type of metal.

Senior Sergeant Steve Principe said the person who found the object initially held on to it for a day or two before taking it to the Busselton Regional Airport for inspection.

The object was the passed on to the Busselton police who took possession of it on Wednesday.

Snr Sgt Principe also said the object did not have any identifiable writing on it.

The  Australian Transport Safety Bureau is examining photographs of the material which was washed up 10 kilometres east of Augusta on Wednesday.

The Australian Transport Safety Bureau (ATSB) is examining the photographs of the material to determine whether further physical analysis is required and if there is any relevance to the search of missing flight MH370.

The ATSB has also provided the photographs to the Malaysian investigation team.

Busselton police have secured the material and it will remain in their possession until the ATSB provide further direction.

The Joint Agency Coordination Centre (JACC), which is overseeing the search for the Malaysia Airlines flight that disappeared on March 8, said the debris was being investigated. "The Australian Transport Safety Bureau (ATSB) is examining the photographs of the material to determine whether further physical analysis is required and if there is any relevance to the search of missing flight MH370," the JACC said in a statement.

"It's sufficiently interesting for us to take a look at the photographs," Mr Dolan told CNN. "The more we look at it, the less excited we get."

He said the debris appeared to be sheet metal with rivets.

Earlier Wednesday, the search from the air was suspended due to heavy seas and poor visibility.

Three search planes that had already departed had to be recalled. But the 12 ships involved in the operation continued the search, which was centred around an area almost 1600 kilometres north west of Perth. 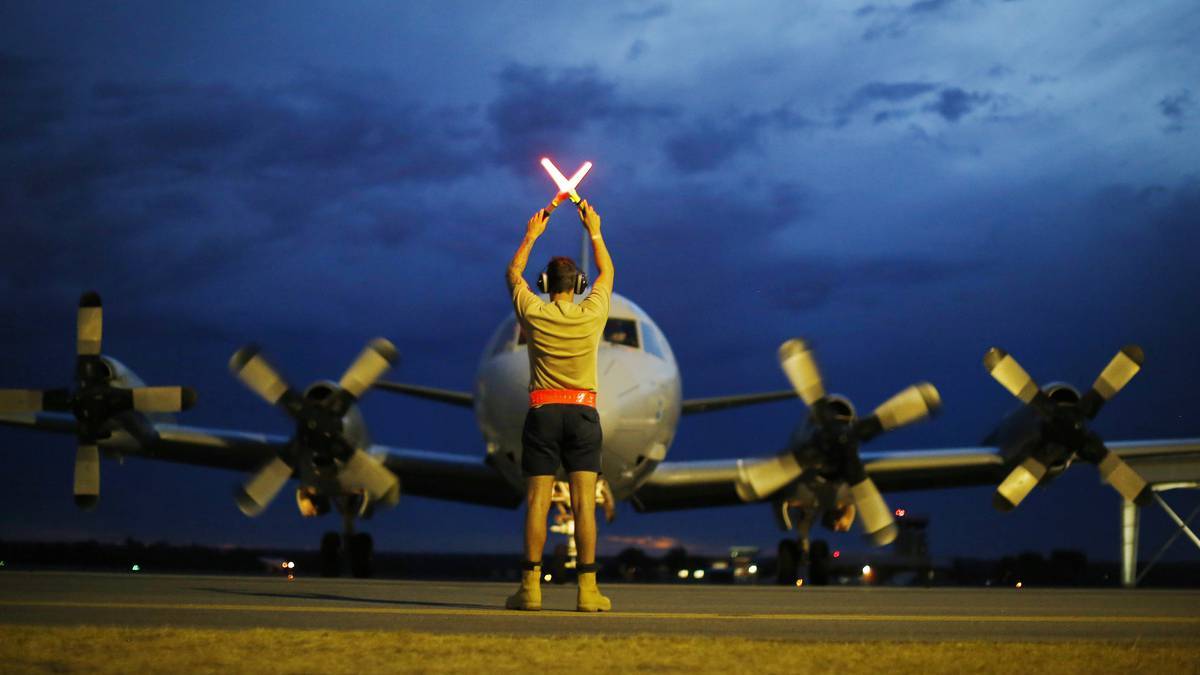 Prime Minister of Malaysia, Najib Razak at the announcement of the fate of MH370. Pic: Rahman Roslan, Getty Images. 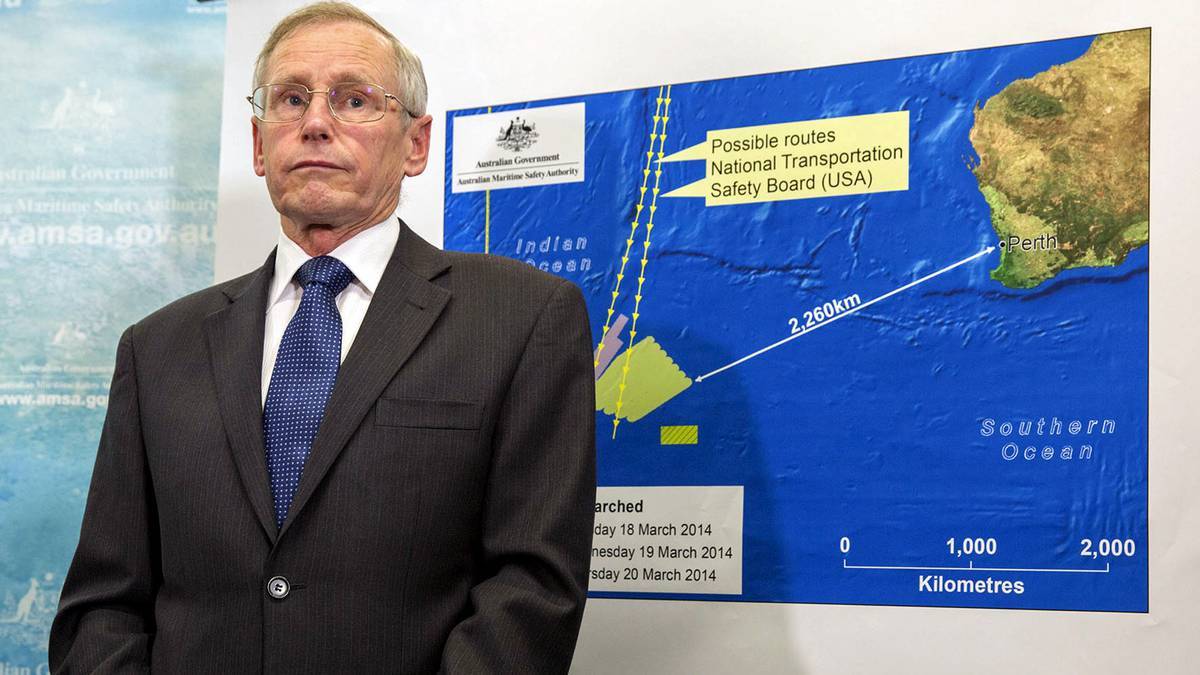 John Young, general manager of the emergency response division of the Australian Maritime Safety Authority (AMSA), listens to a question as he stands in front of a diagram showing the search area for Malaysia Airlines Flight MH370 in the southern Indian Ocean, during a briefing in Canberra March 20, 2014. Photo: Reuters.