Western Australians have the opportunity to provide their views on the value and use of the state's South-West native forests by participating in a survey.

The WA Government are keen to hear from the public and industry ahead of a formal process to update its next Forest Management Plan 2024-33.

A new management plan for the state's South-West native forests is required every 10 years under the Conservation and Land Management Act 1984.

Before the process of drafting a new FMP begins, all interested Western Australians are invited to have their say about WA's native forests by participating in a survey developed by the Western Australian Biodiversity Science Institute.

The survey is now open and will close at 5pm on Sunday, August 1, 2021. The public can access the survey and provide feedback at wabsi.mysocialpinpoint.com.au/wa-forests.

"The Forest Management Plan is crucial to the protection and management of our South-West forests into the future," she said.

"With the ever increasing impacts of climate change on our native forests, and given the high level of community interest in their use, now is the time to start seeking the public's input into the future plan.

"That's why I want as many Western Australians as possible to share their views on our State's native forests before the formal FMP drafting process begins." 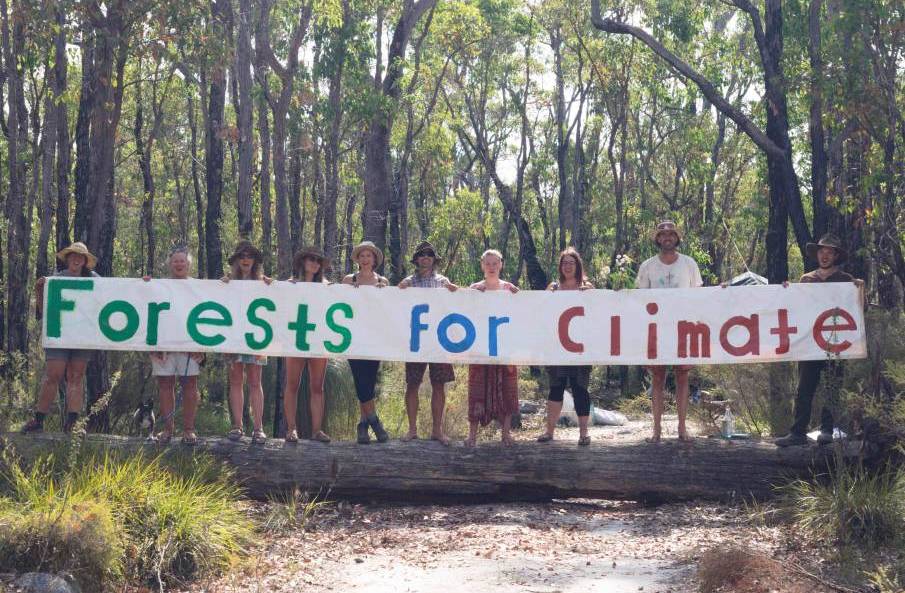 In July 2020, community members setup a blockade at Helms Forest near Nannup to protect it from logging. The forest was habitat for breeding pairs of endangered Carnaby's, Baudins and red-tailed black cockatoo, and had been a release site for rescued cockatoos from the neighbouring Jamarris Black Cockatoo Rehabilitation Centre in Jalbarragup. Image supplied.

Climate Analytics director and scientist Dr Bill Hare said it was a really important development by the state government to open up public discussion about the future of native forests in the South-West.

"It is the first time in my memory that it has actually happened and it is going to be very important for this to be done well and for the government to take into account the feedback," he said.

"What we have seen in WA, which is a sense among many, is that the native forest issue had been solved when it really hadn't been.

"Many people have been shocked to discover the level of logging and other destructive activities which have been going on.

"There is growing concerns about the practices of prescribed burning, particularly as the climate is warming.

"The increasing awareness we have is that prescribed burning is essentially creating a massive risk to biodiversity in our forests and woodlands.

"The next 10 year FMP really needs to focus on protecting our forests from all the different threats they face, including from climate change.

"To this day there has been very little examination on the affects of climate change on our forests.

"On the other hand we can see the emerging signal of climate damages on the forests whether it is a heatwave, drought affecting the jarrah forests or problems emerging in the Southern Forests from increasing temperatures and declining rainfall.

"Even in our woodlands the problems are becoming more evident and they are massively under researched and definitely not included in government planning or activities at present."

Dr Hare said he would like to see the end of native forest logging in the next FMP.

"We need to focus on restoring the resilience of our forests to climate changes as it is happening, that means taking a much more cautious and less intrusive approach to managing exploitation of the forests," he said.

"It is not just about logging, it is also about burning and the allowance of mining operations.

"Combine that with the increasing recreational value of these forests to what is a very rapidly growing population in historical terms in WA, there are more and more people in the South West who are using these forests.

"These are values you just can't replace if the forests are degraded by logging and mining." 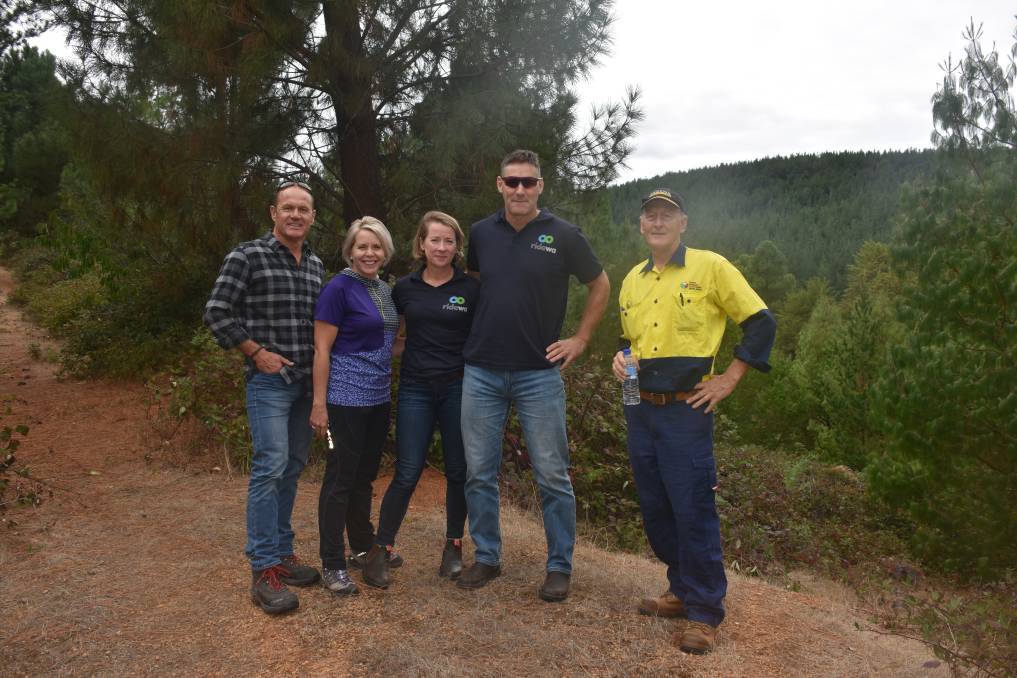 The Forest Product Commission have worked with Ride WA to create world class mountain bike trails through the pine plantations in Nannup.

Forest Industries Federation (WA) executive director Melissa Haslam said the industry hopes that the outcomes of the next FMP would be a continued reflection of shared forest values (economic, environmental, and social).

"There are about 2.25 million hectares of public native forest in the South West.

"Approximately 62 per cent is set aside for conservation, with the remaining 38 per cent sustainably managed as multiple-use forest, which includes timber production.

"Less than 1 per cent of the total forest area is harvested annually, on a rotational basis throughout the South West to create a mosaic of forest structure and age classes.

"All old growth forests are protected (old growth harvesting was outlawed in WA in 2001). So are areas of high conservation value forest, riparian areas, habitat trees and a wide range of other types of informal reserves.

"Sustainable native forestry directly employs more than 500 people and contributes over $220 million to the WA economy each year," she said.

"Timber is in huge demand worldwide and as such prices have increased, but resource security remains an issue in both plantation and native timbers.

"We want to avoid increasing a reliance on imported timbers from countries which do not always share our strict forest management practices and environmental standards."

The WA Forest Alliance has welcomed the move by the minister to consult the public about the future management of WA's forests for the first time ever.

WAFA convener Jess Beckerling said they knew from recent polling that the overwhelming majority of West Australians wanted to see the full protection of all remaining forests in the South West.

"This survey is a perfect illustration of just how much the conversation around the South West forests has changed over the past decade," she said.

"The current FMP was written under the Barnett Government and the emphasis was heavily placed on handing the forests over to industrial logging: largely for woodchip, firewood and charcoal.

"Since then, 10 football fields of precious, publicly owned Jarrah and Karri forests have been logged or cleared every single day.

"Now, with the upcoming expiry of the current FMP and overwhelming calls for forests to be protected this is the best opportunity we have ever had to protect the South West forests once and for all."

Ms Beckerling said the calls for forest protection were coming in loud and clear from climate and biodiversity scientists; First Nations people and groups; the community in general; and South West business such as ecotourism operators and beekeepers who rely on protected native forests.

"We urge everybody to fill in this survey and clearly indicate that there should be no further logging whatsoever of our South West forests," she said.

"We have already logged and cleared 90 per cent of the forest and woodland habitat in this Global Biodiversity Hotspot - we can't afford to lose any more.

"The forests and their wildlife, the streams and rivers, the rainfall, and the climate itself depend on their urgent protection.

"WAFA commends Minister Sanderson and the State Government for this open, thorough and genuinely consultative first step in the development of the next FMP which must be a plan that fully and securely protects all of our remaining South West forests."